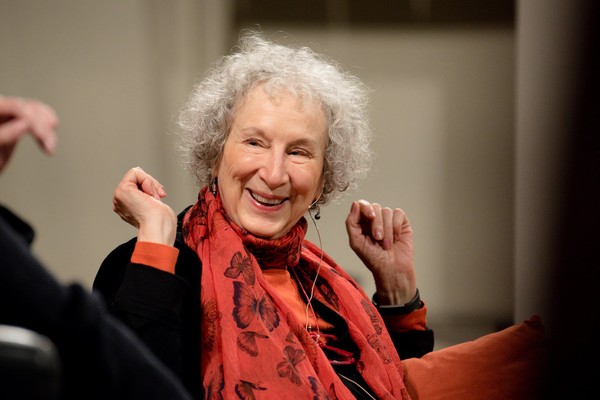 Award winning author Margaret Atwood said writing The Handmaid’s Tale in the ’80s was not a “prophecy” and could have “gone another way”.

“Nothing’s set in stone. It’s not inevitable that we go down the rocky road to Gilead, it’s just that some places in the world do seem to be doing that.”

After 34 years, Atwood has written a sequel, The Testaments – which was one of the winners of this year’s Book Prize – and she’s coming to New Zealand in February 2020 to share her thoughts about how evil flourishes and how it eventually dies.

She told Afternoons with Jesse Mulligan she used climate change as a backdrop for The Handmaid’s Tale because she grew up among biologists.

“They’d been talking about it [climate change] since the ’50s. So, it wasn’t news to me … fairly suddenly in recent years it’s made its way from the science journals to the front pages of newspapers, because now we’re beginning to see the catastrophic results more frequently.”

She said many didn’t want to believe there was a climate crisis because it was inconvenient, sometimes because there was money invested.

“You get to a point in all of this in which money is worthless.”

She also recommends reading Fascism: A Warning by Madeleine Albright which lays out how different regimes affect the people they govern.

“We know from The Handmaid’s Tale that Gilead did disappear otherwise they wouldn’t be having a seminar on it in which its the subject of historical study. We’re told, however, in the book how it came to crumble and one of the interests in The Testaments is finding out how that might have come about.”

She said just being angry about a situation wasn’t enough to bring about change.

“Anger can be a motivation, but it’s not a justification for an action. In itself, it doesn’t solve things. You have to do the hard work of structural change if you’re serious about the things you’re angry about.”

Finding Someone To Handle Press Release.

2 Reasons that TOP is Supreme for Content Creation Services.

3 Ways to Get Great Online Reviews.