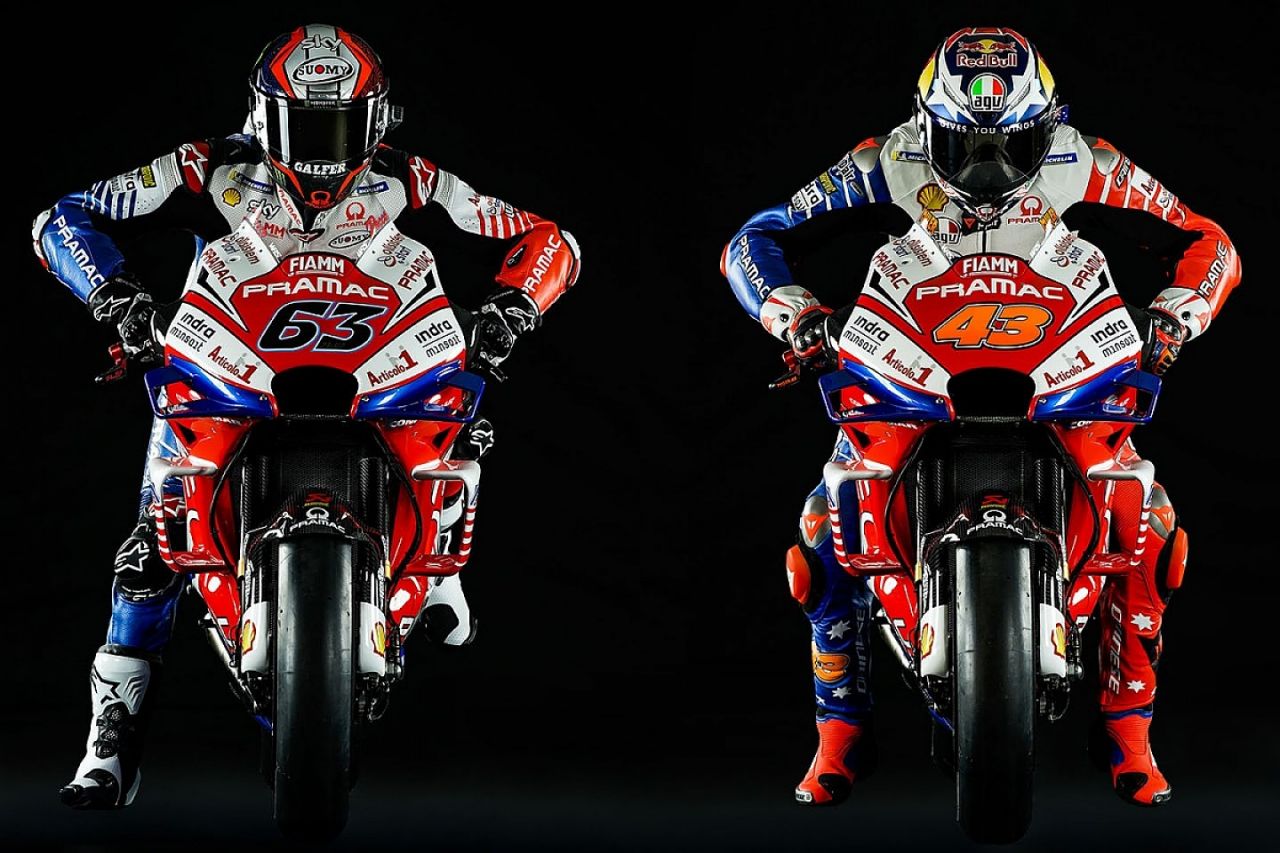 The Pramac Ducati team has revealed a tweaked colour scheme ahead of the 2019 MotoGP season.

Taking the wraps off its new colour scheme during a launch event at Sky Italia’s Milan headquarters on Wednesday, Pramac has revamped the white, red and blue design it has used in recent years with the help of Lamborghini’s Centro Stile design studio.

Jack Miller and new 2019 signing Francesco Bagnaia were both on hand to show off the fresh livery, which has more red on the front of the fairing and more blue on the sides.

Of the pair, Miller was the quicker in the recent Qatar test, ending up 11th on the combined timesheets, while Moto2 champion Bagnaia – who had been ahead in the previous test at Sepang – was 13th-fastest.

Both Ducati-contracted riders go into the 2019 season with their eyes on the factory seat alongside Andrea Dovizioso that was handed to Danilo Petrucci this year.

Ducati sporting director Paolo Ciabatti said both Miller and Bagnaia are “good candidates” to be considered for a promotion in 2020.

Miller has progressed to a current-spec GP19 Ducati after a season on year-old equipment, with Bagnaia inheriting the GP18 that won seven races last year in the hands of Dovizioso and Jorge Lorenzo.

“With the confirmation of Jack Miller, who will have at his disposal the Ducati Desmosedici GP 2019, and the great talent of the reigning Moto2 world champion Francesco Bagnaia, in the 2019 season we aim to confirm ourselves at the very highest level.”

Lorenzo’s old crew chief Cristian Gabarrini has been assigned to Bagnaia this year, while Miller continues to work alongside Christian Pupulin for his second year in the Ducati fold.

The online publishers  you can sell your resources and eBooks